Sunny Land Tours was established in 1964 by Elie Sidawi, and incorporated in New Jersey in 1969. Mr. Sidawi continues today as Sunny Land’s Chairman and CEO. Elie grew up in Lebanon and as a young man, was working for one of the largest tour operators in the world. He started Sunny Land Tours immediately after coming to the United States and in a mere couple of years, Sunny Land grew to be one of the largest specialists to Egypt and the Middle East, and had been known as the Mediterranean and Middle East specialist tour operator until the early 1980s. By the middle 1980’s the company had expanded its product line to Central and South America, and as a result of these efforts, Costa Rica, Brazil, Peru and Galapagos have become some of Sunny Land’s most important destinations. More recently, Dubai and The United Arab Emirates became a major destination for the company followed by a License from the U.S. Government for travel to Cuba, both of which became major travel destinations.

Elie Sidawi was one the original Charter Members and a Director on the Board of the United States Tour Operator Association (USTOA). 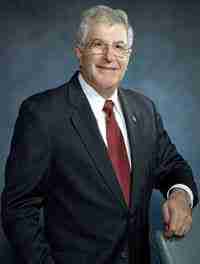 TODAY
Sunny Land Tours today is a financially stable, insured, and bonded tour company, with 56 years of experience dedicated to providing the ultimate in satisfaction to their valued clientele.

50 Slt
Sunny Land Tours provides a friendly and nurturing atmosphere for its employees who have an average of 20 years with the company which translates into having a very competent and knowledgeable team to better serve its clients. Sunny Land takes pride in investing in and educating its sales agents: those sales agents have visited most of Sunny Land’s key destinations. Retail travel agents and travelers alike, appreciate Sunny Land’s friendly and personal attention, and unbeatable destination knowledge.

AWARD WINNING SUNNY LAND TOURS
Sunny Land has been the recipient of several Government Tourism Awards and is recognized by the government of Costa Rica for its help in developing tourism to their country. Sunny Land Tours is the only two-time recipient of the “Amigo de Costa Rica” Award (1995 and 2002), regarded as the highest award for tourism to Costa Rica.