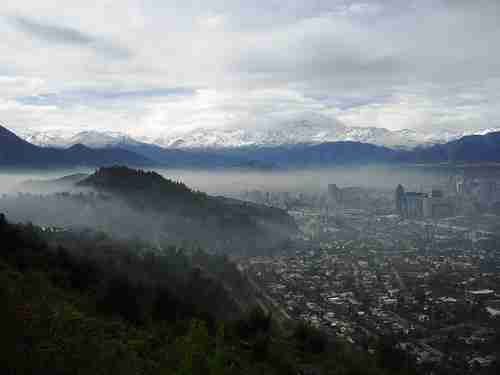 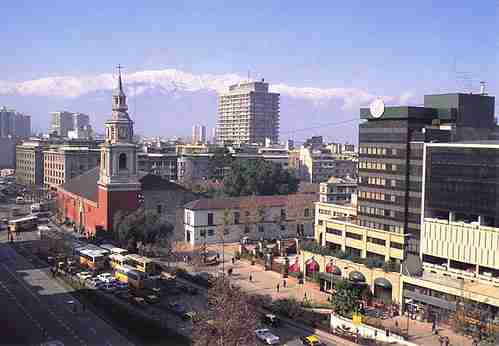 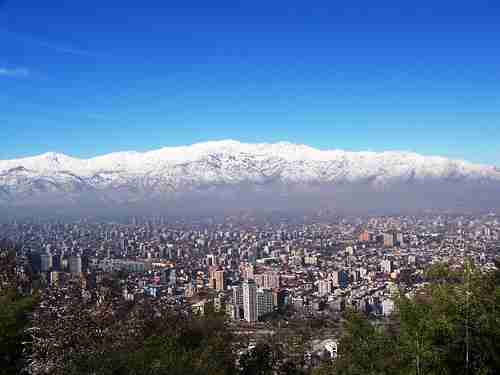 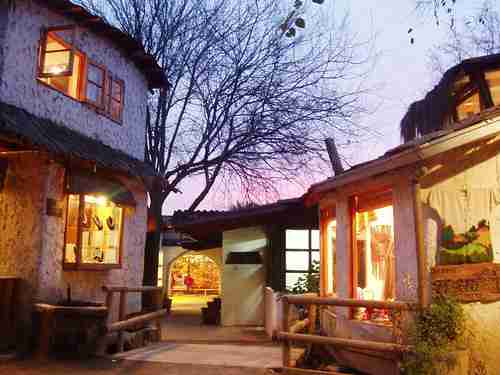 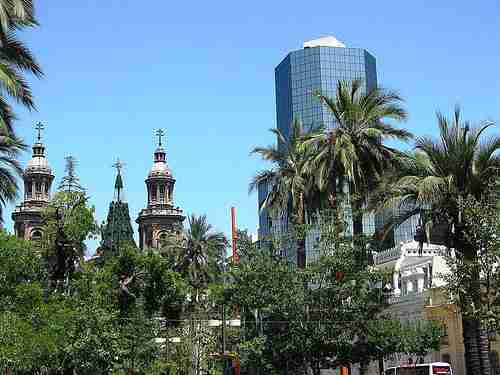 CHILE A ribbon of land between the Pacific Ocean and the Andes. 4.329 kms long and 180 kms wide across a variety of landscapes and climates. From the driest place on earth, Atacama Desert, vineyards, volcanoes, lakes and rivers, to the amazing rainforests of Patagonia. Isolated from the rest of South America gives the country an atmosphere as unique as its geography. A country of extremes reaches Antarctica and Easter Island. Let us show you our pride and embrace the intense sensation of Chile.

Arrive at the Santiago airport, where you will be met by our representative and transfer to your 4 star hotel for check in and overnight. Hotel Santiago Renaissance or similar. Meals: No

After breakfast, morning at leisure. Afternoon Panoramic City Tour of Santiago, you will go to the Barrio La Bolsa, where the streets New York, La Bolsa and Club de la Unión intersect. Here you can appreciate attractive heritage buildings of the twentieth century, where classic European influence is reflected. In 1989, this emblematic area was declared a National Monument of Chile.

Continuing the tour of Bandera Street, where the largest floor mural in the world is located, 3,300 m² of art embodied in one of the busiest pedestrian streets of the big city, passing through the renovated Courthouse of Justice and the Headquarters of Santiago of the National Congress, until arriving at an important symbols of the presence of the catholicism in Chile, the Metropolitan Cathedral. Inside it has a crypt where the remains of archbishops and bishops of Chile. In addition, it highlights the Monument to the Heroes of the Battle of the Conception, which saves the four hearts of the captains fallen in combat. It was declared a National Monument in 1951.

In front of the Metropolitan Cathedral, is the Plaza de Armas, the heart of the city since 1541, where you will appreciate the Municipal Palace, Central Post Office, National Historical Museum, Former National Congress and Diplomatic Academy. In this place the vehicle will wait for you, to go to Cerro San Cristóbal.

Driving through the busy downtown streets you will see the Central Market, Mapocho Station, Museum of Fine Arts, a French-style building opened in 1910 in the heart of the Forest Park. Crossing the Mapocho River, you will reach the bohemian neighborhood of Bellavista, from there you will climb the hill San Cristóbal, a spur of the Andes mountain range introduced into the city, which with its 17,0372 km² is the fourth largest park in the world. In one of its viewpoints you will observe the modern part of the city, where mention will be made of the contrast of modern and ancient architecture that blends with nature.
Ending with the descent to the upper sector of Santiago through some modern residential neighborhoods such as Pedro de Valdivia Norte, Las Condes and Vitacura. Return to the hotel for overnight. Meals: B

After breakfast begin your full day tour with lunch at a local resturant. Only 120 kilometers from Santiago, there is a port declared World Heritage by Unesco. Valparaíso is one of the most charming ports in South America, with natural beauty and unique architecture.

Arriving at the City of Valparaíso, on Route 68, we enter through Av. Argentina to Av. Pedro Montt, highlighting the flea fair, National Congress, Plaza O’Higgins, Plaza Italia to Av. Francia. Continue on Av. Germany La Plazuela San Luis, or better known as “The Seven Corners” where the walking tour begins. We will go down Templeman to Abtao and then we will take a walk through Atkinson Stroll highlighting the Conception Hill recognized as UNESCO heritage. Then we will go down the Concepción elevator, inaugurated on September 1, 1883, continuing to Sotomayor square, flanked by buildings declared Historical Heritage, in front of the Prat pier. The bus will be waiting for us at La Plaza Sotomayor, to continue with the tour towards Viña del Mar, known as Ciudad Jardín for its colorful flower clock. Stop by Plaza Victoria, for its importance and heritage wealth, taking Av main, to have a privileged view of the well-known Flower Clock, following Av San Martín to Oceanic rock. From here return taking Av. Libertad to see Moai at Fonke Museum. Finishing by Agua Santa to Route 68 to Santiago, return to your hotel. Meals: B / L

After breakfast check out and transfer to the airport for departure flight. Or chose and optional 4 day extension to San Pedro de Atacama. Meals: B

Transfer from Calama Airport to San Pedro de Atacama for check in at the Puyehue Hotel or similar. Rest of day at leisure.

After breakfast begin you Archaeological Tour Quitor & Tutor. Pukara de Quitor is one of the most complete and impressive defensive measures of the Atacamean culture. Continuing through the valley we reach Catarpe, the Inca Administrative Center. Crossing the areas of “Ayllos” or community farms, we reach Tulor, the site of the oldest settlement known in the area as “Tulor Village” (it is more than 2,000 years old) and consists of circular dwellings interconnected by passages and courtyards common. Return to your hotel.

Afternoon tour to Moon Valley – Death Valley the Valley of the Moon, in the middle of the deep dryness of the salt mountain range, a landscape of salt and clay shaped by water and wind over millions of years, in our journey we can enjoy the beauty delivered by extravagant forms that the cordillera mountain range gives us encouraging to imagination and reflection for your peace of mind. As we spend the afternoon we will go into the Death Valley Valle de la muerte and from there we will enjoy one of the best views of the Andes and its volcanoes, to finally finish watching the sunset that through its colorful gives us a wonderful end to our tour. Return to hotel for overnight. Meals: B

After breakfast, departure to the Altiplanic Lagoons of Miñique and Miscanti. We take the road to Toconao and make a brief visit to the main square and church. We will make a brief visit to the peasant village of Socaire. Then we will ascend the Andes mountain range to reach the Miscanti and Meñiques Lagoons of intense blue color and white banks, located in the Los Flamencos National Reserve. Lunch in the town of Socaire (Typical restaurant – included). We continue our trip to the Salar de Atacama, located in the Los Flamencos National Reserve. It is the largest salt deposit in Chile. The formation of lagoons such as that of Chaxa has generated the proliferation of bird species, especially flamingos. Return to the hotel for overnight. Meals: B / L

Our trip to the highlands begins during the early morning hours to finally reach one of the most important geothermal fields in the world, “Geysers del Tatio” surrounded with water emanations and steam, we will enjoy the beauty of the Andes and with this natural stage we will offer you a picnic breakfast. Then we will visit the “Pozon Rustico” where you will be able to enjoy the thermal waters that the mountain range gives us. Taking the road back to San Pedro de Atacama you will enjoy the beauty of the landscape, native flora and fauna to finally stop at the village of Machuca, shepherds of ancient llamas place, today this town of adobe, straw and cactus.Afternoon transfer to the Calama Airport for your departure flight. Meals: B

Embark on a luxurious getaway at Renaissance Santiago Hotel. We offer an unrivaled location in the upscale community of Vitacura located just moments from downtown Santiago and Patio Bellavista mall. Immerse yourself into the Chile’s vibrant culture and unwind in the chic atmosphere of our rooms and suites.

Come and enjoy your vacation in Puyehue! A place full of panoramas and entertainment for all ages! Multitude of activities which will make your vacation a great memory.

From $699.00
per Adult
Need help with booking? Send Us A Message