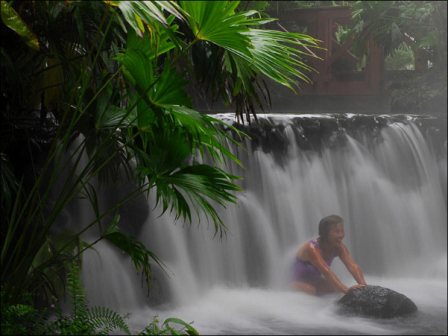 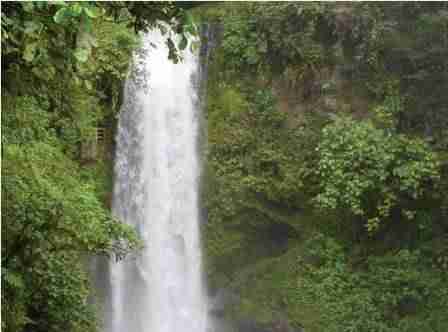 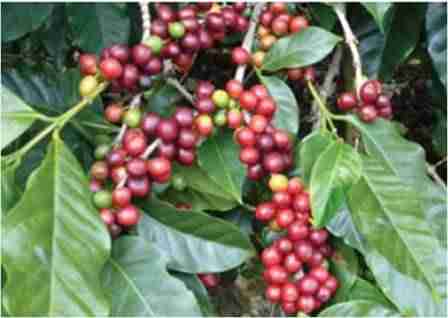 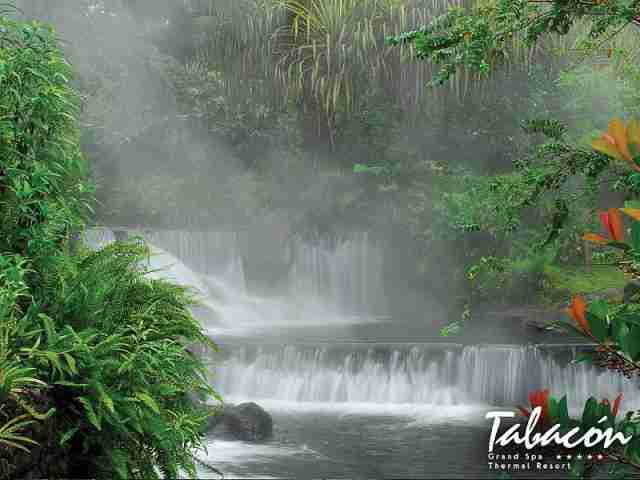 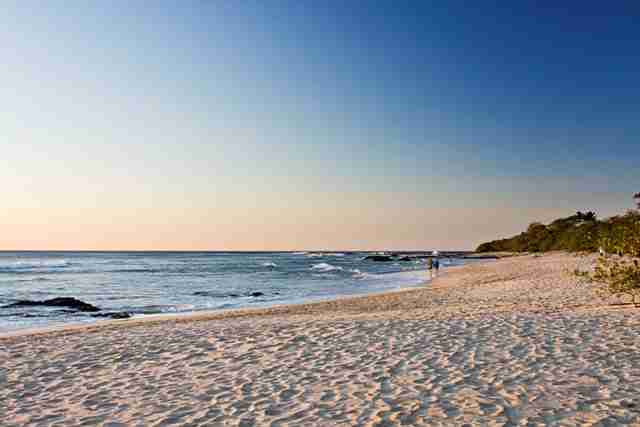 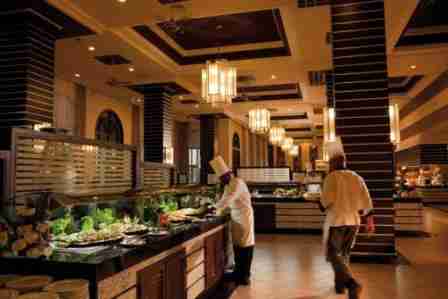 A classic sample of the best of Costa Rica, this vacation package delivers an up close  experience with Costa Rica’s natural treasures.  Arenal Volcano, the coffee and cloud shrouded highlands, Poas Volcano, the waterfalls of La Paz and the magic waters at Tabacon Hot Springs are day trips all from the comforts of your hotel the 5 star Barcelo San Jose before heading out to Costa Rica’s North Pacific coast and the sun drenched Provence of Guanacaste for a 4 night all inclusive stay at RIU Guanacast Resort which completes this 8 day Costa Rica vacation package. Save big on this very affordable way to experience the most on your Costa Rica vacation enjoying 5 star hotel accommodations throughout.
Highlights include a trip to Doka Coffee plantation, Poas & Arenal Volcanoes, La Paz waterfall gardens and the amazing Tabacon Hot Springs and 4 days to enjoy Costa Rica’s deluxe all inclusive beach resort, RIU Guanacaste.
Located directly on beautiful Matapalo Beach, known for its calm waters, RIU Guanacaste is a five star all inclusive beach resort with 701 well appointed guestrooms. The 24 hour all inclusive system allows guests to grab a bite to eat or drink anytime of the day.
A show stopping main buffet restaurant offers breakfast, lunch and dinner with internationally inspired dishes along with local Costa Rican favorites. There are a variety of themed restaurants as well for guests to enjoy plus evening shows and daytime activities.  Hotel RIU Guanacaste is located just 50 minutes away from Liberia International Airport (LIR).
Our representatives will make sure you are back at the airport with plenty of time for your flight home.
This vacation package includes all transportation starting with your arrival in San Jose International Airport all the way to and including a private transfer from the beach to Liberia International airport.

Welcome to Costa Rica. After clearing immigrations and customs follow to the exit and take the transfer to the hotel, less than 30 minutes away.
Check in to the Barcelo San Jose.

Coffee, volcano, waterfalls and rainforest come together in this fantastic full day tour. Starting with a drive by the city of Alajuela passing by the Agriculture Monument, the Monument to Juan Santamaria and the famous Mango Park we make our way out of the Central Valley.

Following the visit to the volcano we will continue to La Paz Water Fall Garden for lunch and tour. On arrival to the La Paz, we will walk through a trail, leading to a spectacular waterfall in the middle of the rainforest.   Inside the park we will also visit the largest butterfly observatory in the country, the impressive hummingbird gallery, the serpentarium, the bird house and the frog?s exhibit.  Return to San Jose and your hotel. Meals BL.

The Arenal Volcano with Tabacon Hot Springs tour is one of the most popular tours that we offer.
This tour offers the best of both worlds, in terms of the raw untamed beauty of the imposing Arenal Volcano, which is juxtaposed against the lush and soothing thermal waters of Tabacon Hot Springs. All this set against a backdrop of lush vegetation and breathtaking views of the nearly perfect conical shaped lines of the volcano.
Situated in the northern lowlands of Costa Rica and about a 2 hour ride away, the impressive Arenal Volcano is a magnificent natural wonder that attracts thousands of tourists who come to see an active volcano which on clear days allows one to witness white plumes of smoke that emanate from this conical shaped behemoth. It should be noted, that the volcano had previously been assumed to be dormant, until in 1968, when to everyone’s amazement it experienced a major eruption.

And for a perfect ending, before going back to San José, Tabacon’s signature buffet dinner will be served with a great view of the volcano so that you do not miss any opportunity to look at the magnificently shaped volcano. Meals BLD

After breakfast, be ready for your scheduled shuttle semi-private transportation to sunny Guanacaste.  You’ll be heading north west to the gorgeous North Pacific Coast and to the deluxe all inclusive beach resort, RIU Guanacaste.
Meals:  B / ALL INCLUSIVE

After check out, private transfer to the LIBERIA International Airport located just 50 minutes away arriving in time for your return flight to the U.S. Meals: B

What makes the Barcelo San Jose so special is a particular paradise. While it’s location defines the 254 room deluxe hotel as a city hotel, being just 15 minutes from the San Jose International Airport and 10 minutes to downtown San Jose, arriving guests quickly realize they’ve found a bit of Eden in the city.

It’s lovely outdoor spaces including pools and gardens planted with indigenous native Costa Rican tree species coupled with outstanding attention to guests
and it’s recognized commitment to the environment (evident by its Sustainability Certificate displayed in the lobby) make the Barcelo San Jose Hotel our favorite.
An outstanding buffet breakfast is included daily and features Costa Rican favorites, European specialties and all the things you would expect from a grand buffet. Enjoy well appointed guest rooms with views of the Central Valley.
Barceló San José Hotel offers spacious and bright rooms renovated in 2013, with classic and elegant style. With the comfort of our guests in mind, all of the rooms include a 32” LCD TV, free Wi-Fi and a free electronic safe with capacity for laptop computers.

The recently built 5 star complex of the Hotel Riu Guanacaste (24h All Inclusive), is situated in Guanacaste, Costa Rica in a seafront location on Mata Palo Beach.

This fully equipped hotel offers guests the best service in addition to a fresh water swimming pool, Jacuzzi, gym, sauna and the “Renova Spa” centre with a range of different treatments and massages. Everything you could need to guarantee the maximum well-being during your stay.

The quality of the cuisine prepared by the chefs in our restaurants goes hand in hand with a wide variety of flavours on offer at this hotel, which will make you want to sample all our menus. The All Inclusive system gives you the opportunity to try out the buffet restaurant and the various themed restaurants on offer at the hotel.

You’ll be staying at the beautiful Barcelo San Jose for most of your trip, so we want your experience there to be wonderful. This upgrade offer was designed to make your stay extraordinary and we guarantee you’ll save lots of money with the included features in this excellent upgrade offer!

The Executive Club Lounge private facilities offer fabulous food and beverages options throughout the day and all included – no matter what time of day you’ll find refreshing drinks and tasty treats to enjoy in a quiet serene setting with a stunning view of the Central Valley.  Stop by on your way back from a day of touring Costa Rica’s ecological sights and wind down at happy hour from 5-7 PM with spirits and cocktails and delicious tastings of the Chef’s selection.

The Fully staffed Executive Lounge with it’s amazing food and beverage offering, business center and convenience case where guests can pick up a bottle of water and other assorted  refreshments any time.
This offer is available for Just $75 per person  and covers upgrade to the Executive Club for your entire stay at Barcelo San Jose Hotel.
From $1,899.00
per Adult
Need help with booking? Send Us A Message