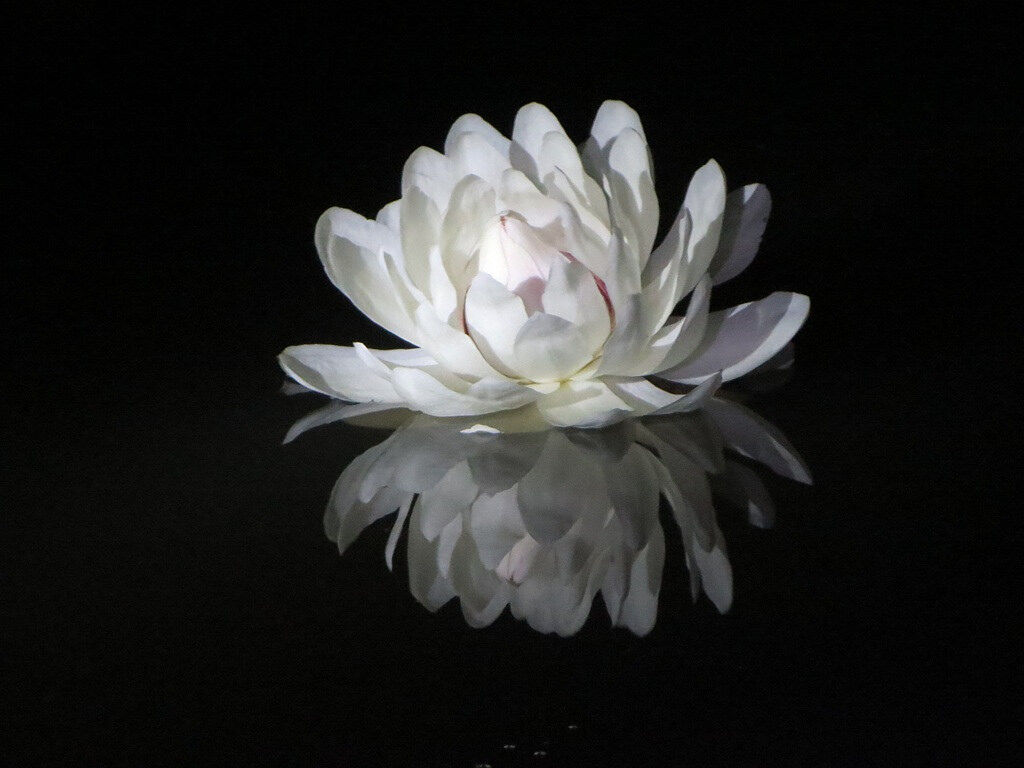 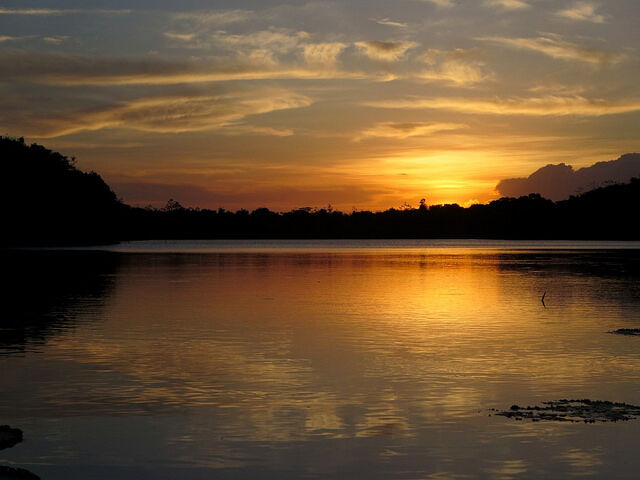 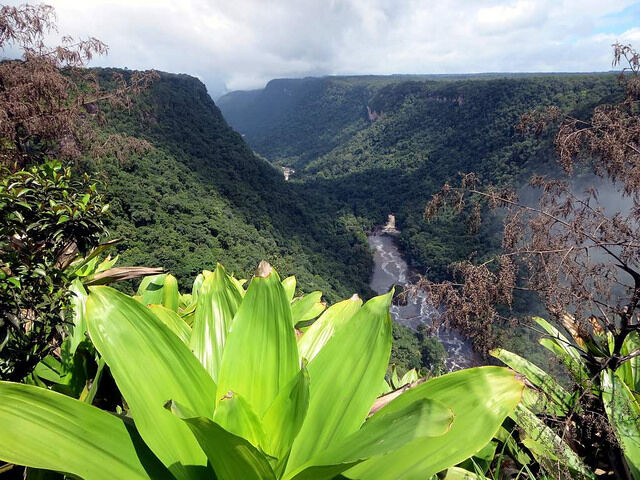 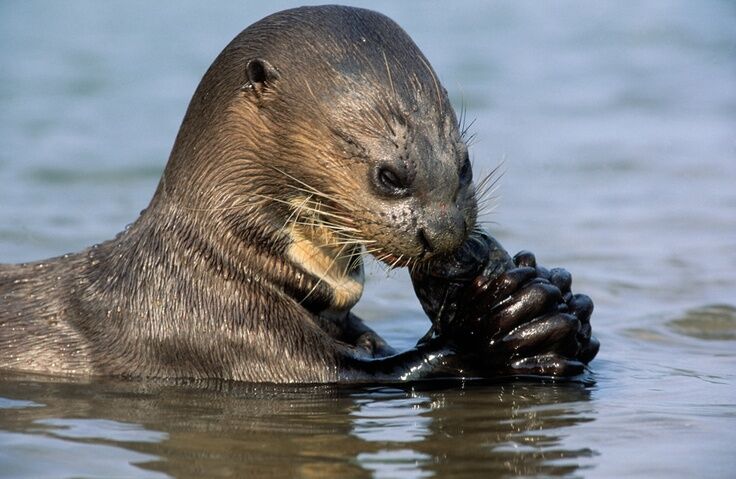 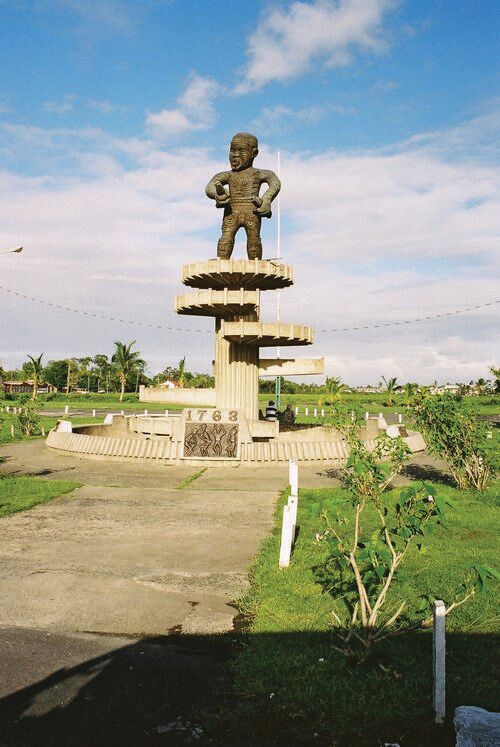 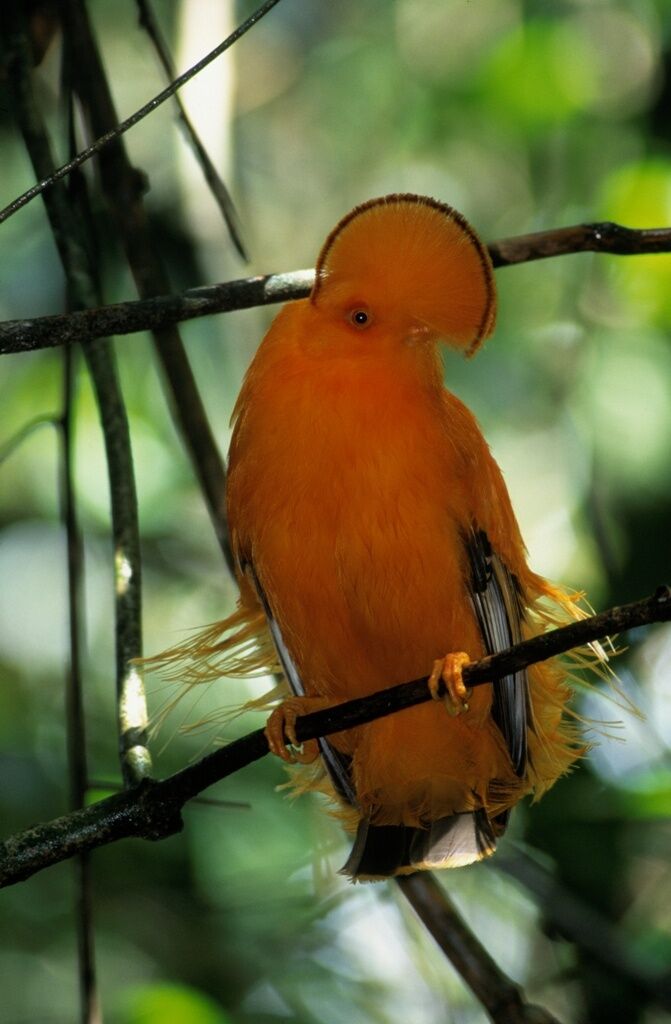 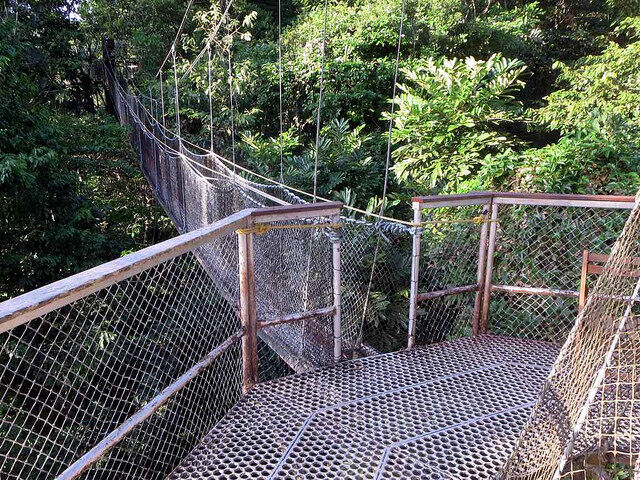 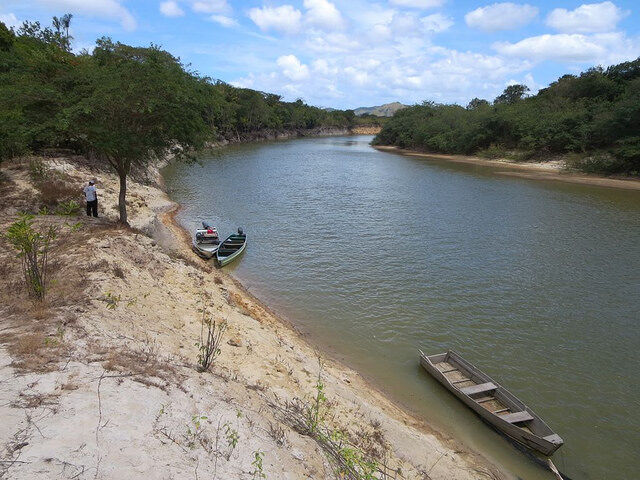 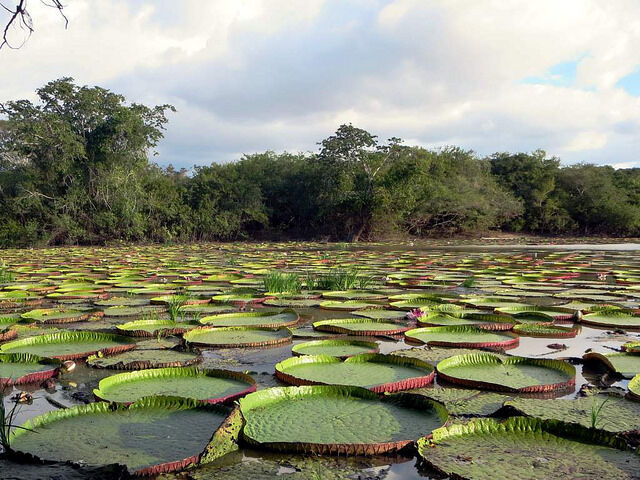 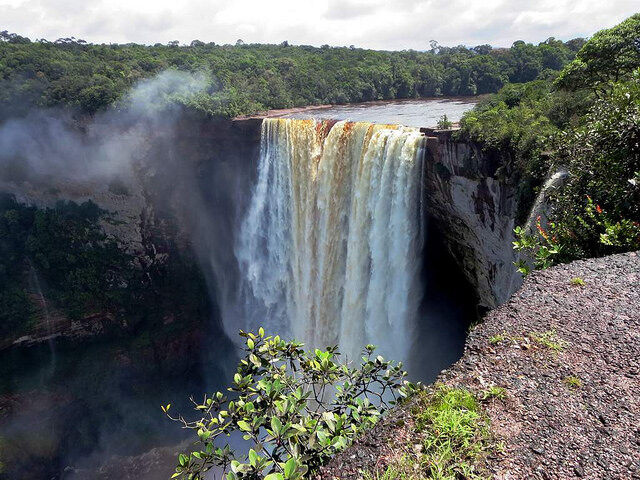 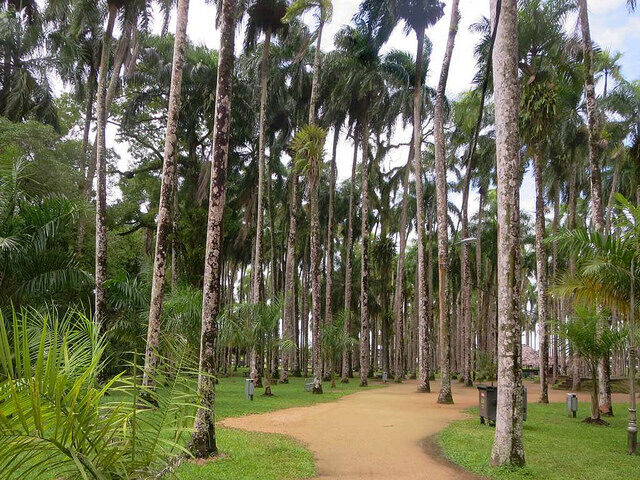 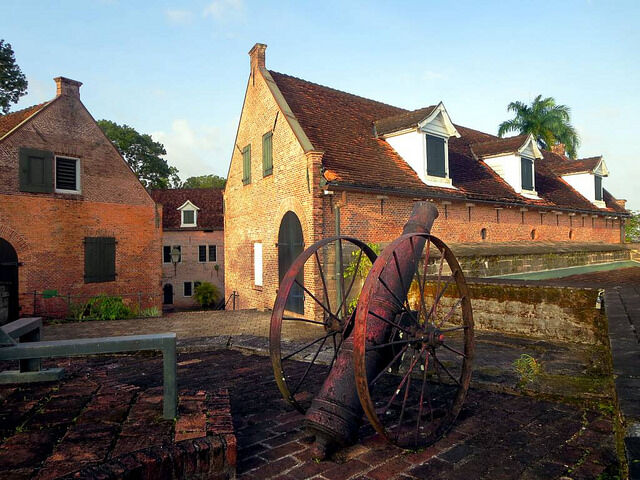 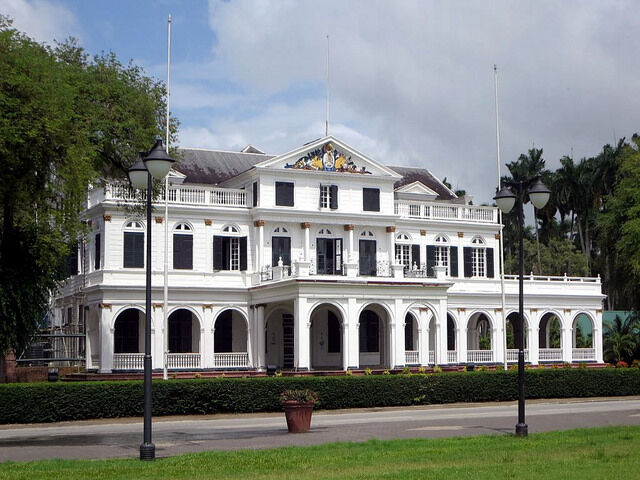 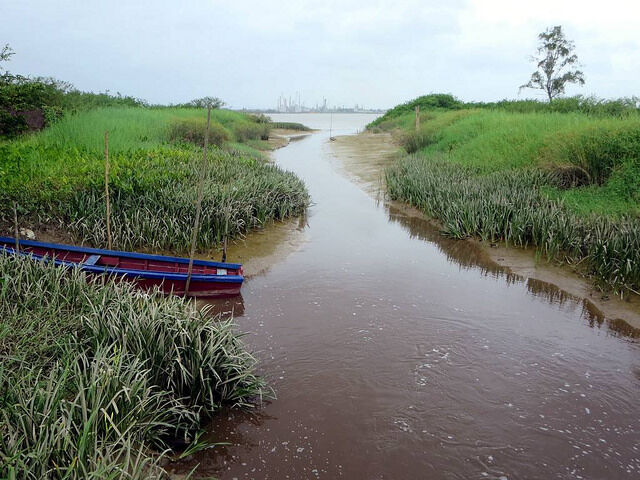 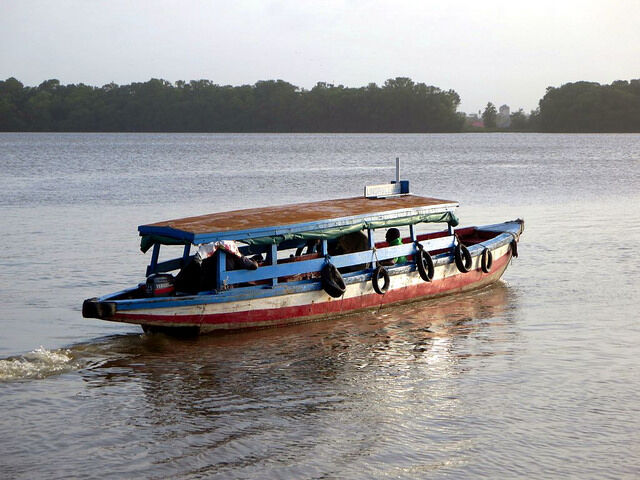 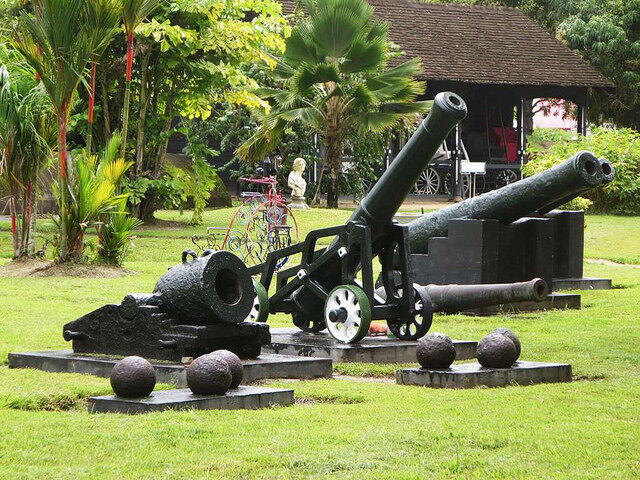 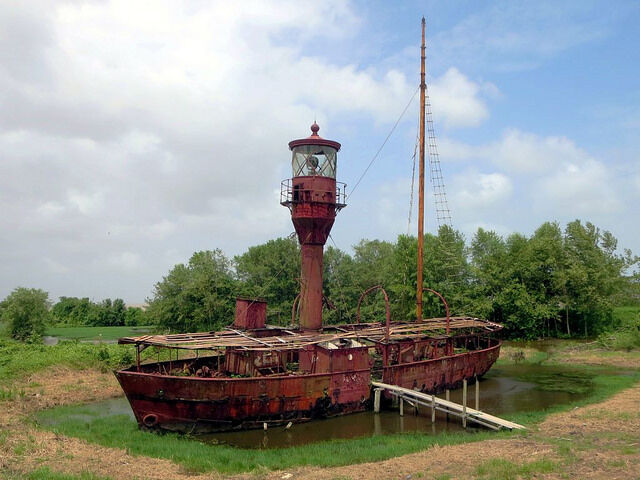 Discover a little of Africa, a lost and untapped jungle, the Amazon, diversity in population, culture and historical backgrounds found in no other place on the planet. Destination Guyana’ is a paradise for nature lovers, adventure seekers, and the Eco-tourist alike. We boast an irresistible combination of fascinating and breathtaking natural beauty, pristine Amazonian rainforests, immense waterfalls, amazing wildlife; blended with a vibrant indigenous culture, rich heritage and the most hospitable and friendly people in the world. Suriname is known for its pristine rainforest, exotic plants and animals, wild rapids, large rivers and stunning mountainous areas. Dark creeks run through the savannas where white sandy grounds contrast with green trees while palms and huge forest giants in different sorts and colors decorate the magical panorama of the jungle.

After your arrival in Georgetown International Airport you will be met by our representatives and transferred to the hotel for your overnight accommodations. The Roraima Duke Lodge is an old fashioned Boutique colonial architecture building. This antique type property is strategically positioned opposite the US Embassy in Duke Street Kingston and is within walking distance of many touristic buildings. The Duke Lodge nonsmoking rooms are warmly decorated. The Standard rooms are furnished with one king size bed and equipped with High Speed Internet Access and offers continental breakfast.

There are no other falls in the world with the magnitude of the sheer drop existing at Kaieteur. Amerindian legend of the Patamona tribe has it that Kai, one of the tribe’s chiefs (after whom the falls is named), committed self sacrifice by canoeing himself over the falls. It was believed this would encourage the Great Spirit Makonaima to save the tribe from being destroyed by the savage Caribishi. Kaieteur supports a unique micro environment with Tank Bromeliads, the largest in the world; in which the tiny Golden frog spends its entire life and the rarely seen Guiana Cock- of-the-rock nests close by. The lucky visitor may also see the famous flights of the Kaieteur Swifts or Makonaima Birds which nest under the vast shelf of rock carved by the centuries of water, hidden behind the eternal curtain of falling water.

The Orinduik Falls is where the Ireng River thunders over steps and terraces of solid jasper, a semi-precious stone. With a backdrop of the rolling grass covered hills of the Pakaraima Mountains, this is truly one of the most beautiful locations in Guyana’s hinterland. Its name is derived from the Amerindian (Patamona) word, Orin, which is the name of an aquatic plant found in these falls. The Ireng River forms the border between Brazil and Guyana. In contrast to Kaieteur, Orinduik is ideally suited for swimming and you will find natural Jacuzzis as the falls tumble down the steps of Jasper.

Guyana’s most popular day trip takes in both of these spectacular falls. The trip departs from Ogle Airstrip and lasts 7 to 8 hours with two hours spent on the ground at each water fall. Late afternoon, return to Georgetown.

Tour Georgetown the chief port, capital and largest city of Guyana is situated on the right Bank of the Demerara River Estuary. It was chosen as a site for a fort to guard the early Dutch settlements of the Demerara River. The city of Georgetown was designed largely by the Dutch and is laid out in a rectangular pattern with wide tree lined avenues and irrigation canals that crisscross the city. Most of the buildings in the city are wooden with unique architecture dating back to the 18th and 19th centuries. For the most part the buildings have Demerara shutters and designed fretwork which trim eaves and windows. Main Street Georgetown provides several excellent examples of old colonial homes, a prime example of which is the State House, built in 1852.

The State House is set in large gardens and is painted green and white and has hosted many visiting dignitaries. During your visit to Georgetown there are a number of interesting sights that should not be missed: the most famous being St. George’s Cathedral. The Cathedral is one of the world’s tallest free standing wooden buildings and was consecrated on 1892. The foundation stone was laid on November 23, 1890 and the building was designed by Sir Arthur Bloomfield. The story of the cathedral is told on the interior on tablets and memorials of a historical and sentimental nature: it is the tale of the history of Guyana in general and of the Diocese in particular. At the beginning of the Avenue of the Republic stands the Public Library housed in the Carnegie Building. Other historic buildings along this promenade are the Town Hall, a splendid example of Gothic architecture, and further along are the Victoria Law Courts and St. Andrews Kirk. St. Andrew’s is the oldest surviving structure of any church in Guyana.

The Famous Stabroek Market, once described as a “bizarre bazaar”, contains every conceivable item from house hold goods and gold jewelery to fresh meat and vegetables brought to town on the river daily. The clock tower can be seen for miles around and is a famous landmark. No trip to Georgetown would be complete without a visit to the Botanical Gardens and zoo. The Botanical Gardens houses one of the most extensive collections of tropical flora in the Caribbean and are laid out with ponds, canals, kissing bridges and bandstand. Over 100 species of Guyanese wildlife can be observed at the Zoo including a wide variety of tropical fishes and birds. The National Museum which contains a broad selection of Guyana’s animal life and heritage should not be missed, nor the Walter Roth Museum of Anthropology, which explains Amerindian history and life style.

The tour will include walking along the Avenues with an experienced guide who will give you the history, rumor and facts on Georgetown and its citizens. The group will be accompanied at all times by a vehicle, which will be used for travel between areas of interest. Along the way visitors will sample local exotic fruits, snacks and refreshments. During the tour there is always the opportunity to purchase that unusual gift or unique Guyanese handicrafts, or for the daring the chance to delve into the gold and diamond market. Overnight at the Duke Lodge. Meals: B

Transfer to Ogle Airport for GUMAIR flight (flight not included). Arrive in Zorg en Hoop Airport Paramaribo, in Suriname. After customs clearance transfer to the Krasnapolsky Hotel by shuttle bus.

Paramaribo, the capital city of Suriname is a junction of cultures. It is an old Holland colony where people from many countries arrived to work on the plantations. Located in the middle of the Amazon Jungle; Suriname has plenty to offer as one of the most exotic destinations of South America. As one of the oldest and most familiar companies in the Hospitality division, Hotel Krasnapolsky established in 1973, has become a famous landmark in Paramaribo’s downtown city scene. The hotel has always been a huge draw to international tourists and business travelers who seek it out especially for its prime downtown location. With its restaurants and gradual expansion into facilities such as famous fast food chains and shops in the ground floor shopping arcade, the Hotel’s facilities are also much sought after by the dynamic downtown crowd. (B)

Enjoy a typical breakfast, at 10:00am we will set off to the Bergendal Eco & Cultural River Resort and last plantation alongside the Suriname River. You will be delighted by the unique blend of adventure, history, and nature that awaits a 2-day exploration and makes the resort one of a kind. Endless opportunities abound for revitalizing and relaxation, as well as many adventure activities to explore.

Overnight at Bergendal Resort. (B)

After breakfast you will take a boat to visit to the Heritage Village, an old slave town at the side of the Suriname River. Arrive at Adventure Center where you will have the option to add select tours available to enhance your stay at Bergendal.

Overnight at Bergendal Resort. (B)

Breakfast at the resort. After breakfast we will hike from the resort to the Adventure Center. At the Adventure Center you can do some optional activities for the last day in Bergendal. Afternoon transfer to Paramaribo. Later in afternoon the city tour of Paramaribo, the capital of Suriname, featuring numerous wooden buildings of unique architecture and a variety of hospitable ethnic groups, living together in harmony. Our guide will take you on a bus ride along the most prominent historic locations in the city center and you will get acquainted with the rich history behind the wooden facades. Some of the most important monumental buildings during this tour a

Overnight at the Krasnapolsky Hotel. (B)

Breakfast provided. Transfer to the airport for your return flight back to USA.

Special Visa requirements for U.S Citizens: Suriname visa can be obtained upon arrival at the Paramaribo airport in Suriname. Cost for Visa $25.

Prices include airfare, fuel surcharges, airport taxes and fees. All prices are per person based on twin occupancy. Air & land tour prices apply from the gateway airport or city specified in the Package Highlights. Airfare based on lowest class of service (approx. $600) and subject to availability, other classes of service will be subject to a supplement. Prices will vary from alternative gateway airports or cities and may be higher. Airfare prices subject to change until ticketing. Additional baggage charges may apply.