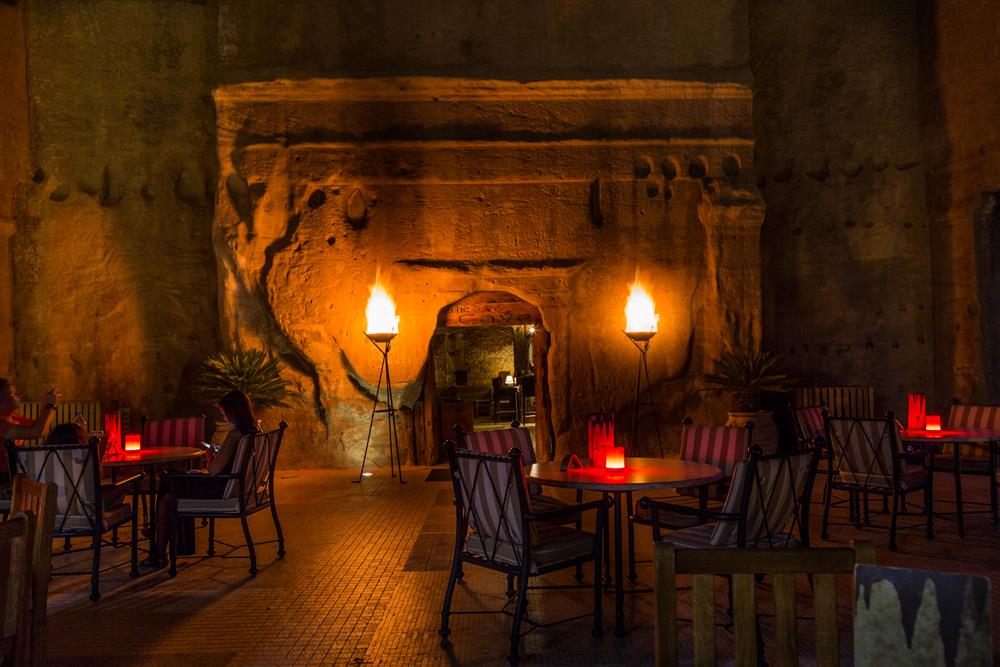 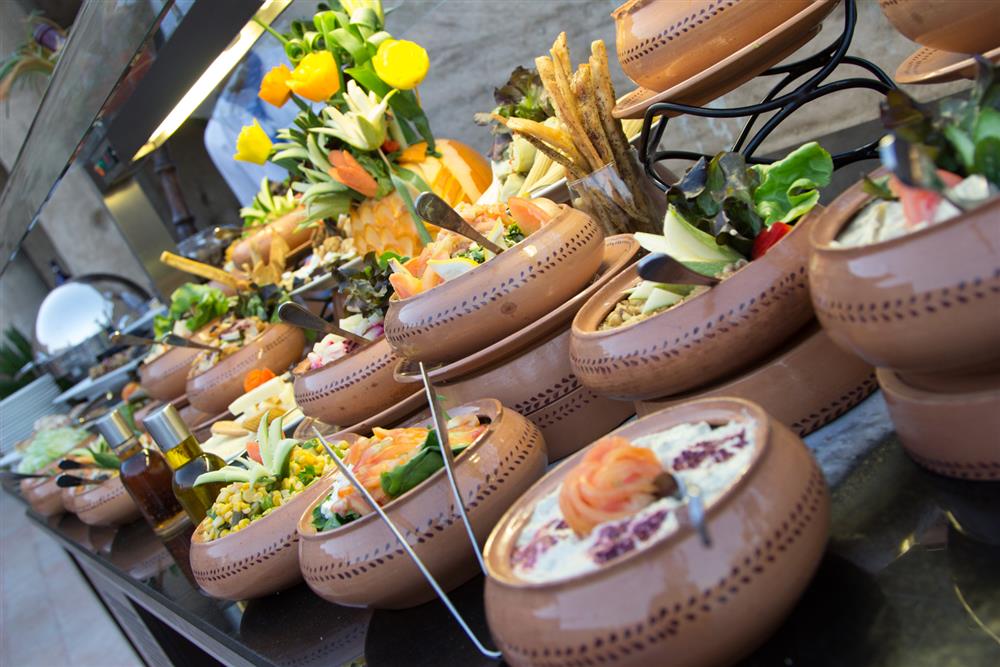 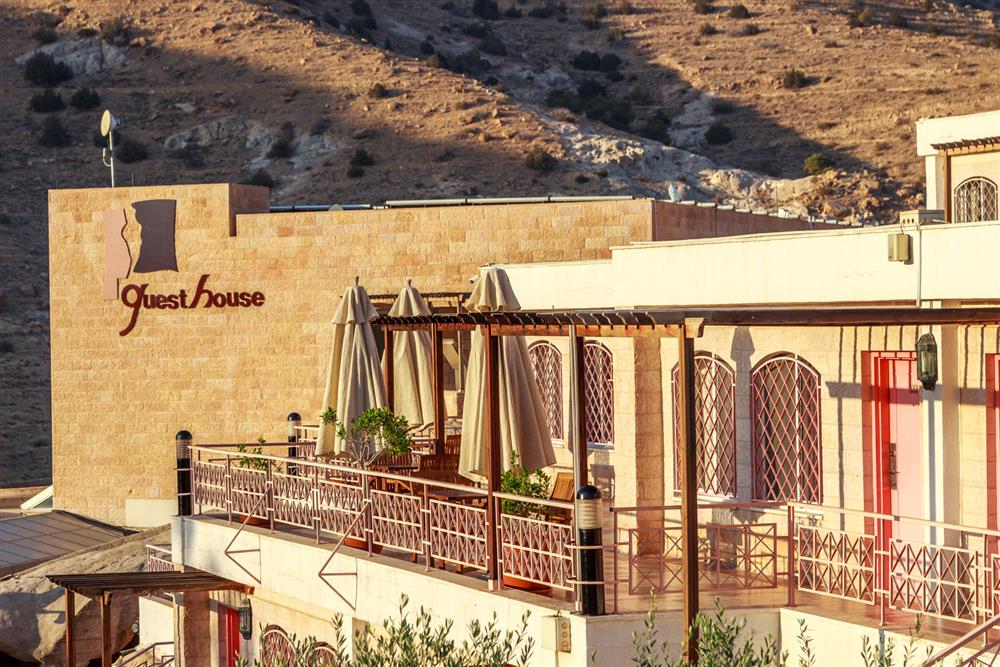 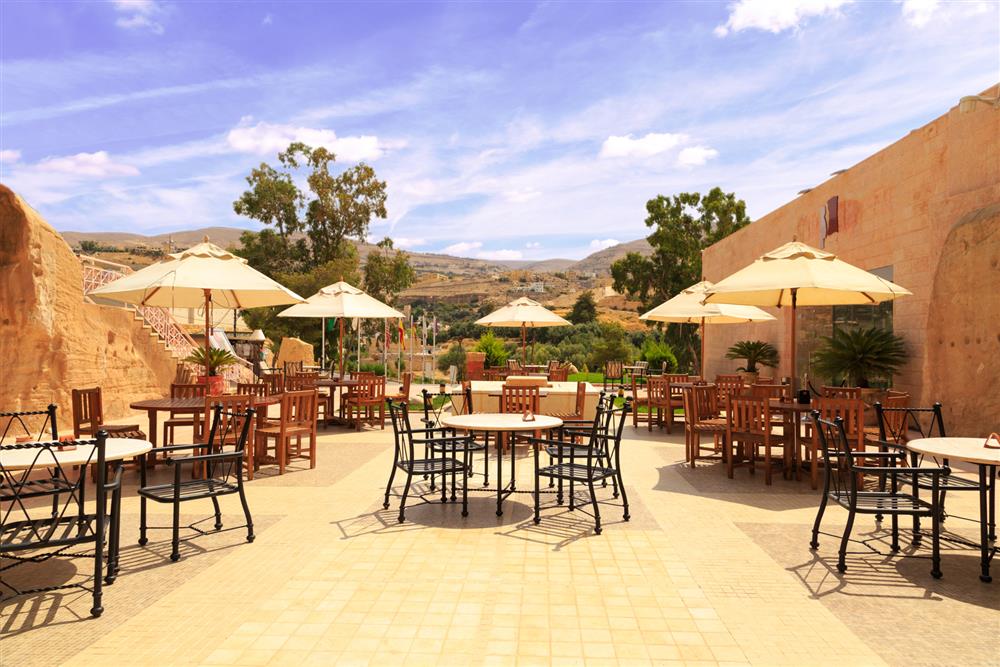 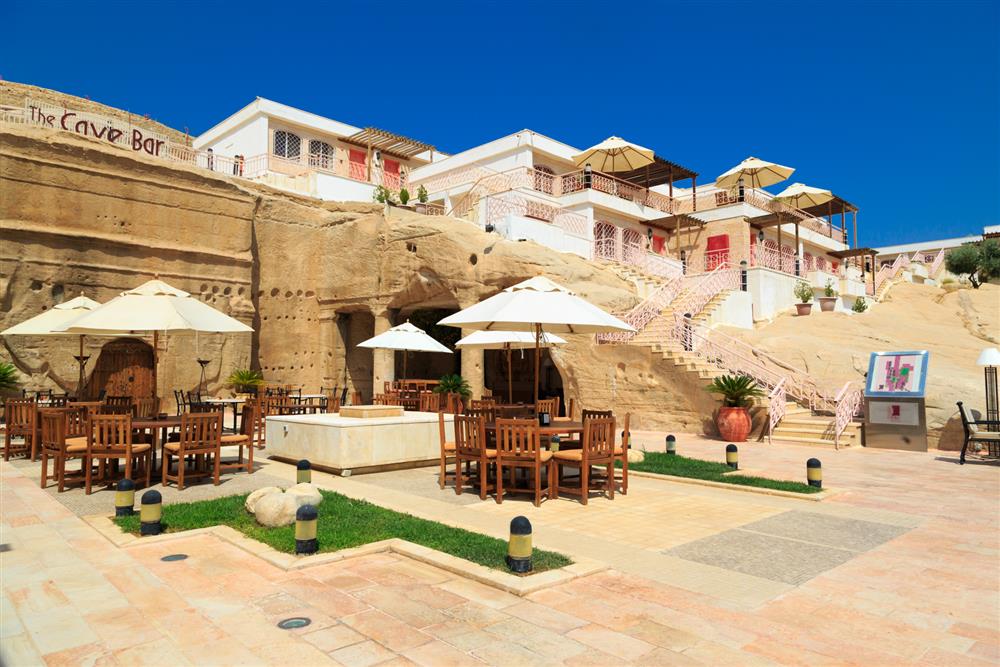 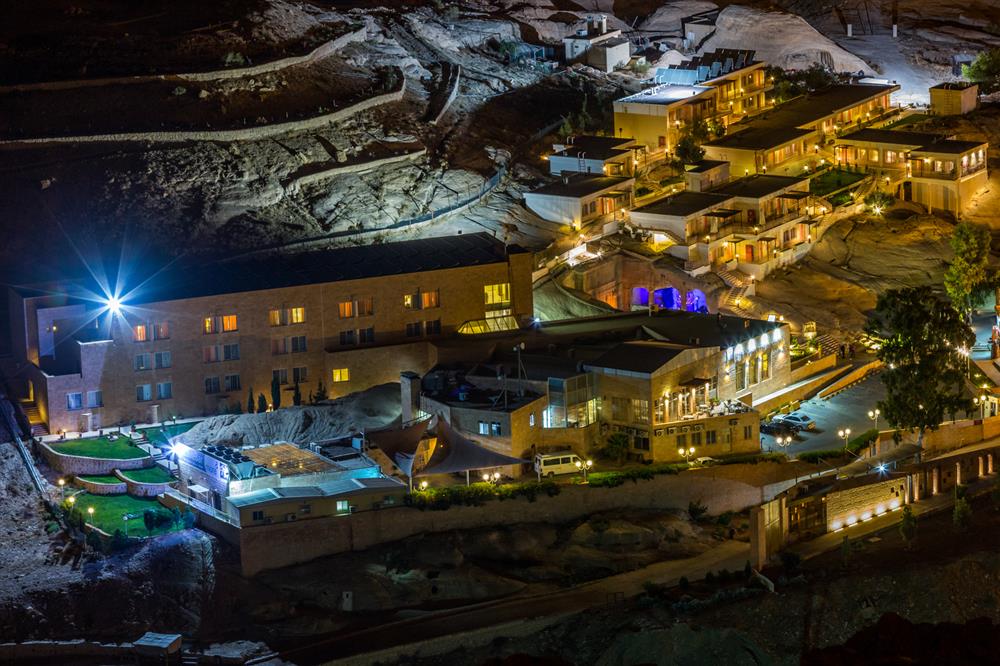 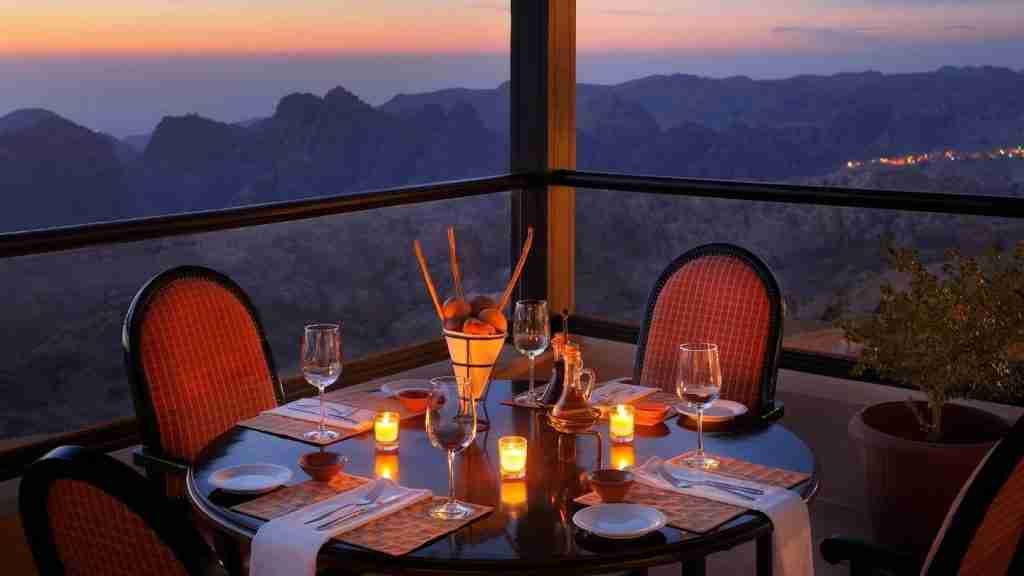 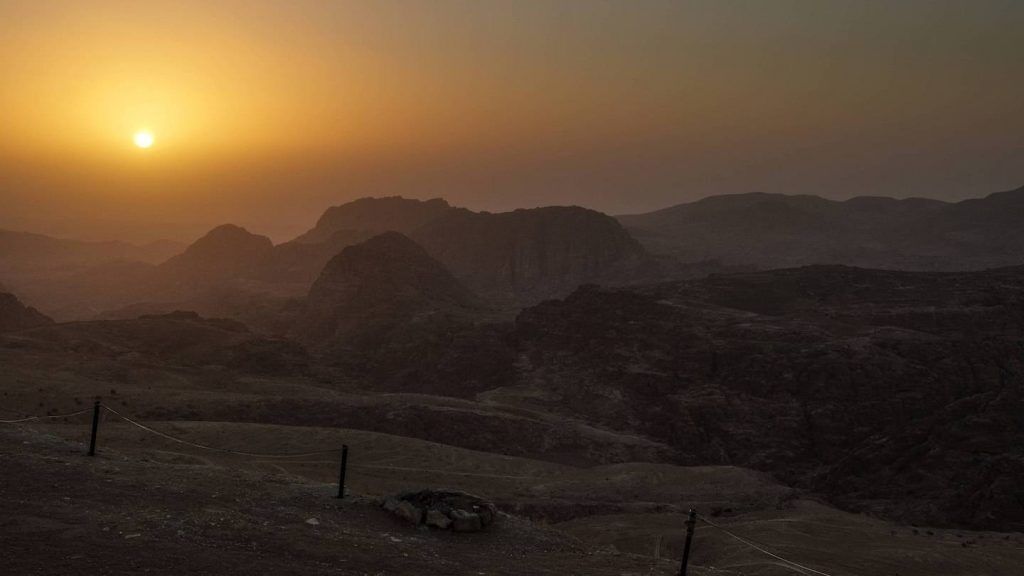 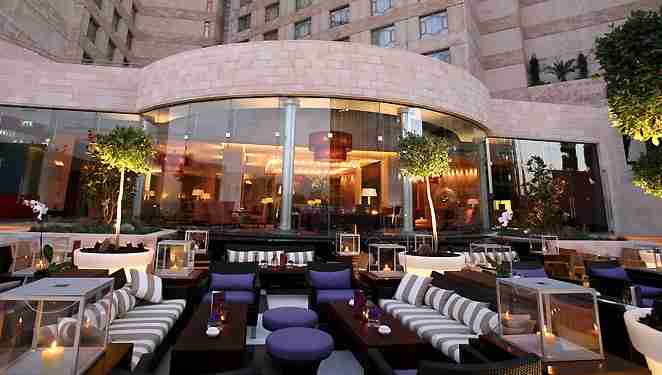 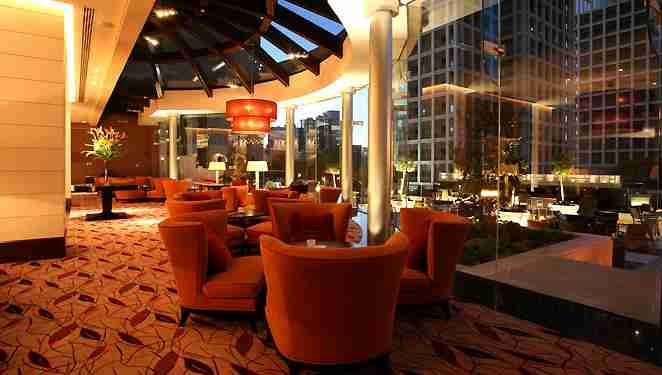 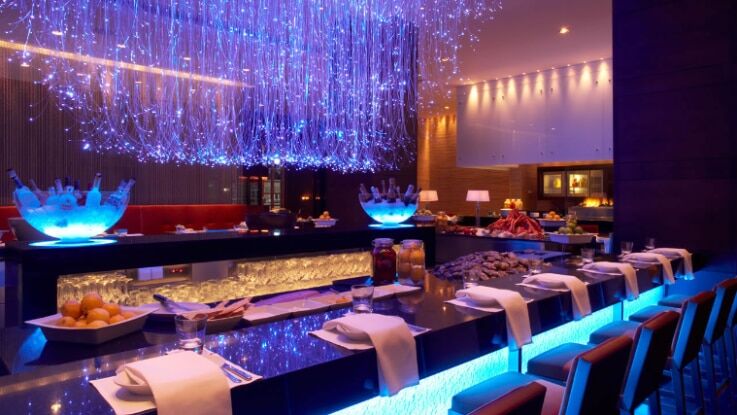 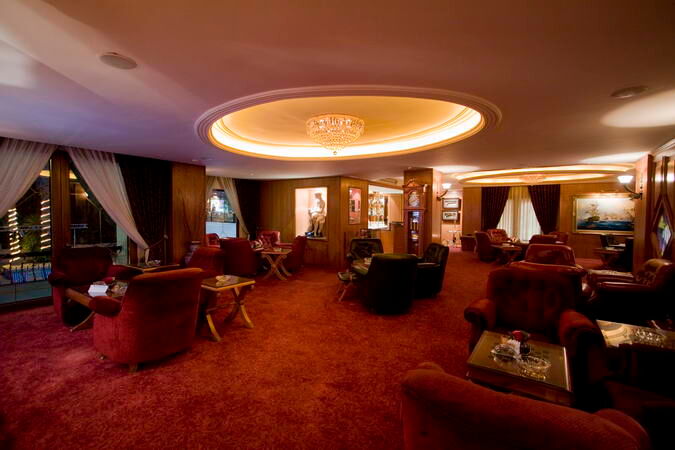 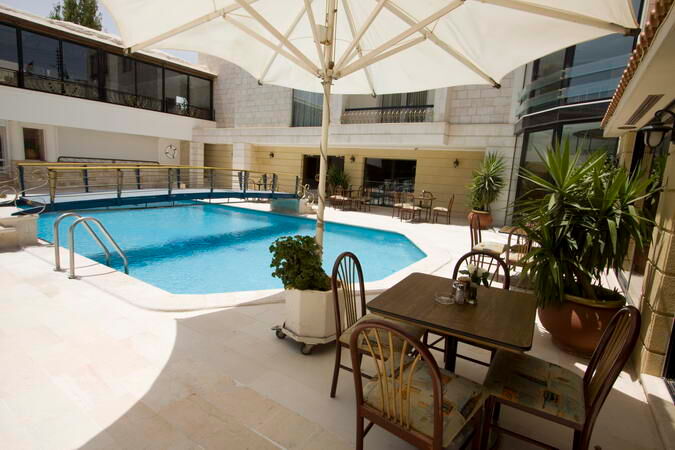 Short on time, no problem.This 4 night escape will bring you to the 5th century and back in no time. You’ll spending 2 nights in the ancient Nabataean city of Petra. plenty of time for guided visits to the famous treasury & more. A night before and after in Amman complete the experience. All transportation, tours and guided visits included!

Day 01 :
Day 01: Arrival at Amman airport – Meet and assist – Transfer to the hotel in Amman for overnight.

Arrival at Amman airport, the clients will be met by our representative before the custom desk; he will assist with the arrival procedures and visa process.
After that, they will be transferred to the hotel in Amman for overnight.

Breakfast at the hotel.
Depart Amman to visit the mosaic city of Madaba, where the oldest map of the Holy Land exists on the floor of Saint George’s Church. Madaba, or Medeba in antiquity, features many famous mosaics that exist in public and private buildings. After Madaba, a short drive will bring you to Mt. Nebo, the alleged burial site of Moses overlooking the Jordan Valley and the Dead Sea. Here Franciscans have built a structure that protects a 4th and 6th Century Byzantine church. After the tour, transfer to visit the Crousader castle Shoback.
Continue to Petra, check in at the hotel in Petra and overnight.

Once the ancient Nabatean capital, this city has a lot to tell. The visit starts at the visitors center, where each person is assigned a Bedouin guided horse for the journey to the entrance of the lost city. After passing some tombs which are located outside the city, the visitor passes through the SIQ, an immense crack in the Nubian sandstone. It is a winding, one-kilometer-long fissure between overhanging cliffs that seem to meet more than 300 feet overhead.
Near the end of the passage, the SIQ, with great style, makes one last turn and out of the gloom in towering brightness appears Petra’s most impressive monument, el Khazneh – The Treasury. This is one of the most elegant remains of antiquity, carved out of the solid rock from the side of the mountain, is nearly 140 feet high and 90 feet wide.
Beyond el Khazneh the visitor is surrounded on both sides by hundreds of Petra’s carved and built structures, soaring temples, elaborate royal tombs, a carved Roman theater, large and small houses, burial chambers and much more. The Victorian traveler and poet, Dean Burgon, gave Petra a description which holds to this day – “Match me such a marvel save in Eastern clime, a rose-red city half as old as time.”
Overnight in Petra.

Breakfast the hotel.
Depart Petra to the Magical desert of Wadi Rum. Upon arrival in Wadi Rum, take 4*4 Bedouin jeep for two hours trip inside the desert of Wadi Rum, the tour includes: visit Lawrence spring, Khazali Canyon include easy walk of 20 minutes and Sand Dunes. After the tour, continue to Amman.
Arrival in Amman, check in at the hotel and overnight.

Breakfast the hotel.
Transfer to Amman airport for departure flight where the clients will be met and assisted by our representative.

Amman International Hotel
This hotel is more than a four star hotel , it is an oasis for business and leisure travelers who look for the comforts of a home.
Restful nights in one of our eighty five tastefully appointed rooms, gracious people and architecture that merge seamlessly into the culture around it.
Step into the hotel lobby and you will be embraced by warm smiles and friendly greetings, welcoming you to a pleasant and enjoyable stay.

Amman International Hotel, knows how to throw great parties and stage impressive conferences and meetings , including weddings at our elegant Ballroom or round the pool, as well as social events and business gatherings for up to three hundred guests.
Amman International Hotel is as intimate and enchanting as Amman itself, it presents itself as an ideal mix of palatial luxury and tradition.

Petra Guesthouse
Petra, one of Seven Wonders of the World, is without a doubt Jordan’s most valuable treasure and greatest tourist attraction. It is a unique, vast city, carved into the sheer rock face by the Nabataean people, industrious Arabs who settled in Petra more than 2000 years ago, turning it into a significant junction for the silk, spice and other trade routes.
The “Lost City” is another name for Petra, because it became lost to the western world after the 1400’s AD. Four centuries later, however, it was rediscovered in 1812 by the Swiss traveler, Johann Ludwig Burckhardt, who tricked his way into the fiercely guarded site by pretending to be an Arab from India wishing to make a sacrifice at the tomb of the Prophet Aaron. This year, Petra celebrates its 200th anniversary after its rebirth.

Grand Hyatt Hotel
Grand Hyatt Amman is a place to reconnect with yourself, in the incredible setting of historic and modern Amman. With a wealth of exceptional guest experiences, unique and personal encounters, crafted by a cornucopia of experts in their fields, from backgrounds as diverse as award-winning chefs, wellness experts, event planners and dedicated hosts, the Grand Hyatt Amman is the quintessential five-star experience.
Whether it is for a conference at one of our exceptional venues, or simply a place to rest your head after a day touring, Grand Hyatt Amman is filled with touch-points that are decidedly distinct – luxury, authentic, harmonious, personal and professional.

Petra Marriott Hotel
Enjoy one of the Seven Wonders of the World, the ancient Nabatean city of Petra carved from the rock over a thousand years ago. Embracing traditional hospitality and overlooking Jordan’s timeless wonder, the Petra Marriott Hotel offers anticipatory & traditional service designed to exceed all expectations. The hotel is a haven for comfort and luxury. Almost all the spacious rooms have spectacular views of the valley. There are several culinary choices such as Dushara Restaurant where you can start your day with an elaborate breakfast buffet or enjoy Middle Eastern specialties for lunch or dinner and L’Affresco, the Italian restaurant where you can feast on homemade pizza and pasta. For relaxation, you can swim in the outdoor pool and enjoy the breathtaking views of the Petra Mountains or rejuvenate your body with a Turkish bath, sauna or massage.

Egypt and Jordan – Land Only

Royal Tour of Jordan with Jerusalem

The tour features Jordan and Jerusalem combination package. A journey through history. Experience the splendor that has dazzled visitors for...

A unique tour like none other. Experience Jordan's diverse perspectives, landscape and archeological sites.

AMMAN SUPER SAVER is an ideal package for the independent traveler who is into discovering cultures and doing so by...

Aqaba is one of the governorates of Jordan, it is located to the south of Amman, the capital of Jordan....