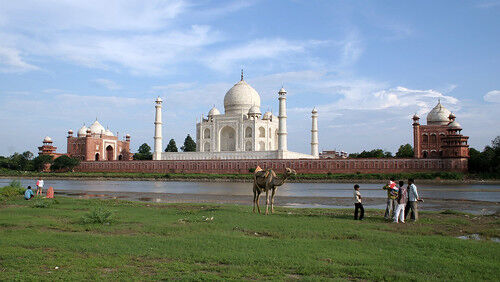 Truths behind some of the world’s great wonders

Ever visit an incredible site in some exotic land and wonder how it was built? … Here we reveal the ingenious engineering behind some of the world’s most epic structures – and the little-known facts that lie hidden in their depths.

The Taj Mahal is widely considered one of the most beautiful buildings in the world.

Legend has it that Mughal ruler Shah Jahan ordered the hands of the Taj Mahal builders to be chopped off after it was completed, to prevent them from ever building anything so beautiful again – although no written evidence supports this story. The elegance of the mausoleum can be attributed to clever engineering. To make the Taj Mahal appear perfectly straight from ground level, the architect designed the minarets to slant slightly outward, which also ensured that in the event of an earthquake they would fall away from the mausoleum’s precious dome.

The Burj Khalifa is a ground-breaking feat of architecture and engineering.

This ethereal tower in the Arabian Desert cost US$1.5 billion to construct. At 828m, 2.5 times higher than the Eiffel Tower, the Burj Khalifa is the world’s tallest building. To withstand high winds and earthquakes, this superscraper is designed with a ‘buttressed core’ – three wings set at 120 degrees to each other, anchored around a central hub. Each wing supports the others, so when the wind blows on two of the wings, the third resists the force.

The moai are one of Rapa Nui’s most enduring images.

These ancient statues (among other theories) have been blamed for the demise of the Easter islanders. Transporting them on logs would have devastated forests, and without trees the soil would have washed away, causing failed harvests, famine, war and cannibalism. But satellite images of Easter Island, taken in 2005, show dirt tracks radiating from the quarry where these mysterious 10m-tall statues were carved. After attaching ropes to the head of the moai, small teams could have moved the statues by ‘walking’ them along.

In a spectacular location, Machu Picchu is the best-known archaeological site on the continent of South America.

Clinging to a remote ridge high in the Andes, the ancient city of Machu Picchu was built, lived in and deserted in fewer than 100 years – then lost to civilization for centuries. During construction, the Inca didn’t use wheels to transport the blocks. Instead it’s thought they hauled them up the slopes by hand, as protrusions have been found on a few stones (suggesting grips for workers’ hands). Ingenious engineering solutions were used to counteract earthquakes: L-shaped blocks anchored corners together, doors and windows tilted inward, and no mortar was used between stones so that, if shaken, they could move and resettle without collapsing.

The treasury (Khazneh) is one of Petra’s most impressive sights.

Immortalized in films like Indiana Jones, the 2000-year-old Khazneh was the jewel of the ancient city of Petra. A nearby unfinished tomb suggests the Khazneh was probably carved from  top down. So the holes running up either side of the façade are misleading – they were probably created later by vandals to use as footholes to deface sculptures.

The Great Pyramid of Giza remained the world’s tallest building for 4000 years.

The goliath Great Pyramid of Giza, the sole survivor of the Seven Wonders of the Ancient World, was the tallest construction in the world until the Eiffel Tower was built in 1889. It was built to hold just three burial chambers, but required a workforce of around 30,000. Intriguingly, analyses of the living arrangements, bread-making technology, animal remains and ancient graffiti suggest the workers were not slaves as previously thought, but skilled laborers. 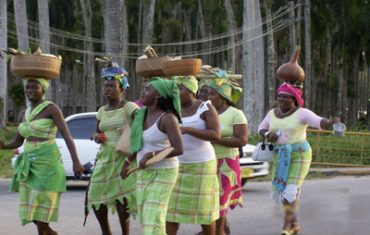 Suriname Off the Beaten Path Destination of Nature & Culture 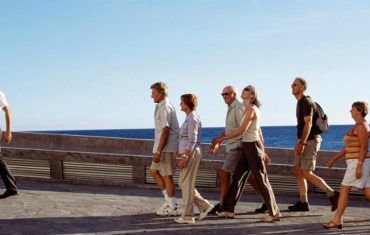 The thrifty tourist guide for bargain souvenirs in Costa Rica 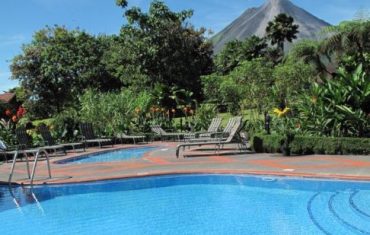 Two oceans, Rainforests, volcanoes and a new smile? What’s your Costa Rican vacation going to include? 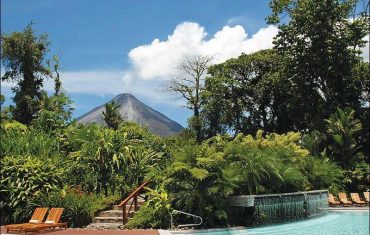